May 29 (UPI) — Lowe’s plans to stop selling paint-removal products with toxic chemicals that have been blamed for killing dozens of people, the home improvement store announced Tuesday.

The company said it will phase out paint-stripping products that include methylene chloride and N-Methyl-2-pyrrolidone, also known as NMP, by the end of the year.

“We care deeply about the health and safety of our customers, and great progress is being made in the development of safer and more effective alternatives,” said Mike McDermott, Lowe’s chief customer officer. “As a home improvement leader, we recognize the need for viable paint removal products and remain committed to working closely with suppliers to further innovate in this category.”

Methylene chloride is a solvent that turns to carbon monoxide, and when inhaled can overwhelm someone using the product, even while wearing a mask. The chemical can bring on asphyxiation and heart attacks, and studies have tied it to some types of cancer.

Investigations by the U.S. Centers for Disease Control and Prevention and the Michigan Fatality Assessment and Control Evaluation program tied more than a dozen deaths in the previous 12 years to the use of stripping products in bathtub refinishing.

Earlier this year, environmental groups launched a campaign to pressure hardware stores to stop selling the products after the Environmental Protection Agency delayed plans to ban paint strippers containing methylene chloride. The agency under the Obama administration had proposed the new rule as an amendment to the Toxic Substances Control Act, but the Trump administration’s EPA said it wanted more time to weigh the issue.

“Lowe’s is showing leadership as the first major U.S. retailer to eliminate methylene chloride paint strippers from its stores,” said Sujatha Bergen, policy specialist with the Natural Resources Defense Council. “It underscores the failure of this EPA to do its job to protect the American public from dangerous toxic chemicals. Home Depot, Walmart, Amazon and other companies should follow Lowe’s lead, and the EPA should immediately issue a comprehensive ban on deadly chemicals in paint strippers to keep consumers safe.”

Companies that manufacture products using methylene chloride said banning the chemical would result in a loss of jobs. The Halogenated Solvents Industry Alliance in March urged the U.S. Consumer Product Safety Commission to strengthen warnings on the products to protect consumers and eliminate the need to ban them outright.

The alliance also says alternative paint strippers that don’t use methylene chloride are not as effective.

Lowe’s said it intends to work with the EPA and non-governmental organizations to create regulations and develop new alternatives.

Final rules by the EPA are pending. 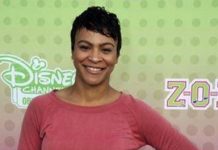 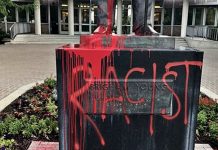 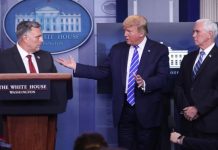