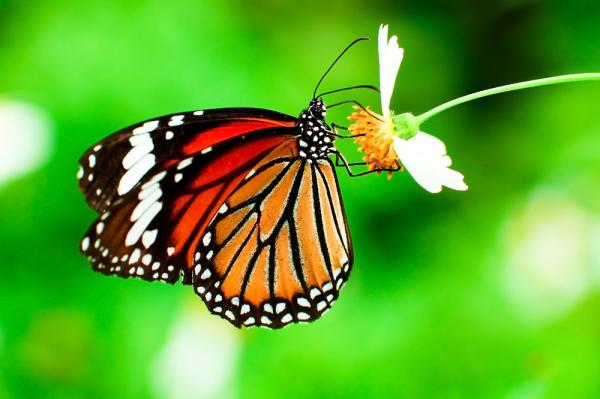 ITHACA, N.Y., April 22 (UPI) — The saga of the monarch butterfly and its precipitous decline has included one main villain — a lack of milkweed, the plant that monarch caterpillars feed on exclusively.

Scientists have mostly blamed herbicides and commercial agricultural for shrinking milkweed populations. But new research suggests this narrative is simplistic and that an array of distinct threats — like drought and habitat fragmentation, not milkweed losses — are driving the species decline.

“Lack of milkweed, the only host plant for monarch butterfly caterpillars, is unlikely to be driving the monarch’s population decline, as the problem appears to occur after they take flight in the fall,” Anurag Agrawal, a professor of ecology at Cornell University, said in a news release.

The monarch’s epic migration encompasses 2,000-plus miles and four generations of butterflies. Statistical analysis suggests the monarch’s shrinking numbers are driven by the challenges they face during their return trek from the United States and southern Canada to their overwintering grounds in Mexico.

Lack of milkweed is only a problem for caterpillars during the summer. On the autumnal trip back to Mexico, butterflies face a different set of challenges — a dearth of nectar sources, poor weather and habitat fragmentation.

As Agrawal and his colleague acknowledge in their newly published paper, conservationists can’t control the weather. They can, however, with the proper resources and institutional support, ensure larger swaths of habitat and important nectar sources are protected.

Researchers say monarch numbers have rebounded from their all-time low two years ago, thanks to improving weather, but that works needs to be done to ensure the species can survive the next extended drought.

Part of that work includes informing stakeholders about the most pressing threats.

“Given the intense interest in monarch conservation, the blame being put on herbicide use and the national dialog about potentially listing monarchs under the endangered species act, we have to get the science right,” Agrawal said.