A news release from the Utah Highway Patrol said a car was northbound on SR-189 near milepost 23 at approximately 6 a.m. when it came upon a large rock in the roadway that came off the mountainside.

“The car attempted to stop, but hit the rock,” the news release said. “The car behind that stopped, but then several others crashed into the rear of those vehicles. It ended up being five cars total.”

The road where the crash occurred was very narrow with a rock cliff wall on one side and guardrail on the other, the news release said. It was on a blind curve due to the rock wall, and it was slick at the time.

The crash caused delays for both northbound and southbound traffic; which led to another crash a couple of miles away when a vehicle hit a guardrail.

One person was transported to an area hospital with minor injuries; UHP officials did not say which vehicle that person was traveling in.

The road was closed in both directions for about two hours until the wreckers could clear all the vehicles.

The road was opened about 8 a.m. 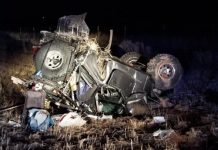 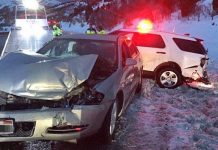 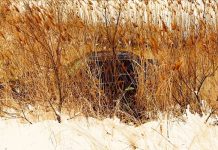