Marilee Patricia Gardner is charged as an adult in the deaths of Maddison Haan, 20, of West Point, and Tyler Christianson, 19, Ogden.

The two victims were stopped at a Roy City intersection at 6000 South and 3500 West in the early morning hours of June 30 when police say Gardener rear-ended their vehicle at an estimated 98 mph. Christianson and Haan died at the scene.

Second District Judge Brent West agreed to a motion by defense attorney Walter Bugden to have the case continued. The new court date has been set for July 27.

According to an arrest warrant filed in Ogden’s 2nd District Court, Gardner stole a car from her family’s home in Layton at about midnight Friday with plans to take drugs and commit suicide with a teenage friend.

Moments later, Gardner was seen driving a Chevy Tahoe northbound near 2300 North 2000 West in Clinton, with a trash can dragging behind the car.

A Clinton City police officer attempted to pull Gardner over, but she continued to drive into Roy, where she slammed into the back of the Hyundai Accent.

The arrest warrant says that after the collision, Gardner ran into a nearby Winco food store where she called her father and told him “she was in a crash in Roy city and she might have hurt someone.”

Gardner was taken into custody at 1:46 a.m., and upon waving her Miranda rights told a Roy Police detective she was “on her way to a Winegar’s in Roy city to meet a 17-year-old friend” where she planned on “purchasing drugs, taking the drugs, then crashing her mother’s car with both of them inside in an attempt to kill themselves.”

The arrest warrant goes on to say Gardner had a troubled past and had attempted to run away on multiple occasions.

The murder charges each carry a penalty of 15 years to life in prison upon conviction. The court would determine whether the terms would be served consecutively or concurrently.

On Wednesday, Branden Miles, chief criminal deputy attorney, told Gephardt Daily that Gardner was charged with murder because she caused the accident on purpose.

“The intent here raises the stakes,” he said.

A manslaughter charge might have been appropriate in a case where the driver tried to avoid the fatal collision, Miles said. But Gardner “purposefully caused a crash.”

Trying the teen as an adult is required by Utah law, Miles said, because when a 16-year-old is charged with murder, juvenile courts no longer have jurisdiction.

Gardner will remain housed at a facility for juvenile offenders, he said.

Miles said in trying the case, he will try to strike a balance between what best serves the state, the victims and the defendant.

“This is a tragic case all around,” he said. 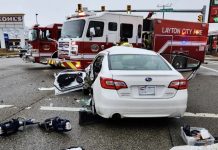 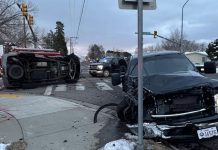