BINGHAM CANYON, Utah, Oct. 5, 2016 (Gephardt Daily) — Two men who are employed by Kennecott Utah Copper were injured Wednesday afternoon when lightning struck near them as they worked.

The Unified Police Department tweeted at about 1:50 p.m. that the men, ages 35 and 50, were injured. Both men are reportedly in good condition.

The men reportedly were working on a cherry picker and were preparing to stop work because of a sudden storm, when a power pole close to them was struck by lightning.

Unified police said the two employees were transported to a local hospital, and are expected to make a full recovery. 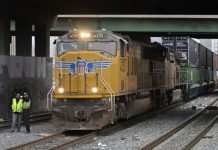 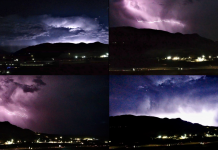