Police say a Hyundai Elantra was traveling south on SR-68 in Utah County near the ghost town of Mosida at mile marker 12 at 1:34 p.m. when it veered off the road, then overcorrected into the northbound travel lane. The passenger side of the Hyundai was then T-boned by a Jeep Grand Cherokee, according to a news release from the Utah Highway Patrol and Utah Department of Public Safety.

A “young male passenger” in the Hyundai was killed in the crash, police said. Paramedics attempted life-saving measures on the female driver of the Hyundai before she died from her injuries, according to DPS.

The names and ages of the two people killed were not immediately released.

“Speed is being investigated as a contributing factor to the crash,” the news release states.

Police say the Jeep was occupied by a male and female. Both were transported to an area hospital with injuries not believed to be life-threatening. 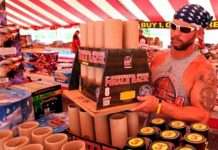