Cannon said the two have back, head and leg injuries, and are in serious condition. He added the two were riding the same ATV, though details about the crash are still emerging.

Both patients are en route to Intermountain Medical Center in Murray, Cannon tweeted just before 6 p.m. 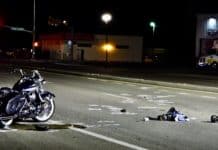