PERRY, Utah, Oct. 16, 2017 (Gephardt Daily) — A 16-year-old girl is dead and a 14-year-old girl is in extremely critical condition after being hit by a truck while attempting to cross U.S. 89 in Perry Sunday afternoon, officials said.

The two girls were trying to cross the highway near 3480 South at approximately 4 p.m. when they were struck by a northbound pickup truck, according to information provided by Perry Police Department.

The driver of the truck, who was not injured, remained at the scene, police said.

The investigation into the incident is ongoing, and the Utah Highway Patrol will be assisting.

The name of the deceased teen has not been released. 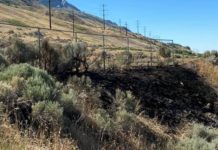 U.S. Highway 89 will be reduced to single lane in Layton overnight 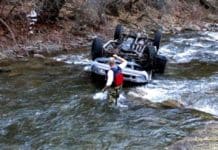