According to the Texas Highway Patrol, the victim of the crash has been identified as Dalton George.

Troopers responded to a call of an incident involving a Ford Taurus and an 18-wheeler at State Highway 18 and State Loop 464 at 6:15 a.m. Sunday, said a news release from the Highway Patrol.

The driver of the Taurus, who was identified as George, was transported a nearby hospital, where he subsequently passed away.

The driver and passenger of the 18-wheeler were not hurt in the crash, officials said.

A preliminary investigation of the crash revealed that the Taurus was traveling north on State Highway 18 while the 18-wheeler was stopped at a stop sign on State Loop 464.

According to officials, the driver of the 18-wheeler failed to yield the right of way and drove into the intersection where he crashed into the Taurus. 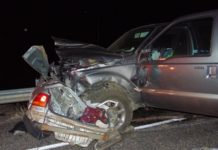 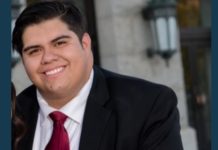