EMERY COUNTY, Utah, May 12, 2020 (Gephardt Daily) — Emery County Sheriff’s Office officials said the body of a 3-year-old girl has been found after a flash flood in the slot canyons near Goblin Valley State Park on Monday.

Her 7-year-old sister also died in the flash flood. The older child’s body was found by her father, Emery County Sheriff Greg Funk told reporters at the scene. The man tried to revive her but was unsuccessful.

The girls were from West Jordan, the Sheriff’s Office said.

An intense search continued Tuesday morning for the victim’s younger sister. A shirt believed to be the one the toddler was wearing was found about seven miles downstream from the family’s location, in Little Wild Horse Canyon. Officials have not yet said where the 3-year-old’s body was found.

“The National Weather Service confirms that the main portion of the storm crossed Goblin Valley State Park and that the storm was capable of nickel-sized hail,” a statement released Monday said.

First responders from multiple surrounding counties arrived to help with the search.

Also assisting in the search were two helicopters from Classic Air in Moab and a helicopter from the Department of Public Safety Aero Bureau. Six ambulances from Emery, Wayne and Sevier counties responded.

The sisters were not identified due to their juvenile status. 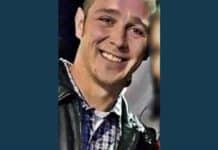