According to Guard officials, the UH-60 Black Hawk chopper went down during a routine training mission about 7:45 p.m. in an area near Lucky Peak.

All three of those killed are reported to be pilots. Their names are being withheld for 24 hours after family members are notified, in accordance with Pentagon policy.

“This is a tremendous loss to the Idaho National Guard and our community,” said Army Maj. Gen. Michael Garshak, the top general in Idaho’s National Guard. “Our thoughts and prayers are with the families and loves ones as we work through this tragedy.”

The helicopter is reported to have crashed shortly after take-off. Search efforts began just after 8 p.m., and the crew was located just after midnight, the Guard statement said.

The cause of the crash has yet to be determined. 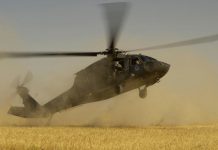 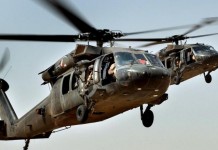