SOUTH SALT LAKE, Utah, July 10, 2016 (Gephardt Daily) — A 3-year-old girl was rushed to the hospital after being found unresponsive in a swimming pool at a South Salt Lake Apartment Complex Sunday night.

Deputy Chief Terry Addison said the girl had fallen into the pool at the Mission Meadowbrook Apartments, 820 W. Timbercreek Way, sometime around 6:30 p.m.

“When our crews arrived, she had been pulled out of the water and the family was performing CPR on her. She was still unresponsive,” Addison said. “By the time she arrived at the hospital, she was crying and breathing on her own.”

Due to a language barrier with the family, it was not initially known how long the little girl had been in the water, but it is believed it was less than five minutes.

“She recovered quickly, so we actually think it may have been a lot less than expected, closer to a minute,” Addison said. “The hospital just informed me she was doing really well.”

Several drownings of young children have occurred so far  this summer, and Unified Police Department has released the following water safety guidelines in hopes of saving other children from injury or death.

Toddlers (age 1-4):  Some of these may seem obvious and basic, but a little reminder never hurts.

1. Install door and/or window alarms to alert you to the opening of a door or window leading to the pool area. This can also come in handy if you have a child who likes to sneak out.

2. Always have children swim with a partner, no matter where you are. That way there will always be someone to call for help or immediately notice if something is wrong.

3. Make sure your home pool or spa has a proper drain cover or shut-off function to prevent long hair, loose clothing or body parts from getting trapped. 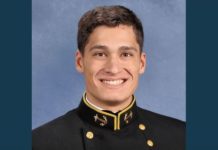 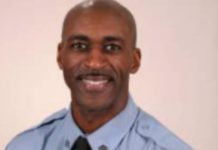