Sgt. Scott Manookin, with the Clearfield Police Department, told Gephardt Daily the accident happened at about 8:40 p.m., and as of 10 p.m. the child was reported to be in stable condition.

Manookin said the driver stopped and is cooperating with police.

North Davis Fire Department and Davis County paramedics responded to the scene along with Clearfield PD.

The incident is under investigation, Manookin said, and no further details were available Monday night. 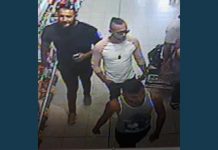