MURRAY, Utah, Dec. 28, 2018 (Gephardt Daily) — Fire crews in Murray were called to a structure fire Friday, and when they arrived, they found that it was actually a van in flames.

The four were using a propane heater to keep warm inside the van. Pascua said it isn’t  clear exactly how the fire started, but the flames destroyed the vehicle.

One person was able to get out of the van safely. The other three were taken to the hospital in one ambulance. Pascua said one of them had minor burns on the hands, one had singed forearm hair and small burns, and one had second-degree burns on the hands.

Crews had the fire out quickly, Pascua said. No further information was available regarding the people who were in the van or who owned it.

Pascua added that it’s important to remember that a propane heater should never be used in a closed space because of the fire hazard and because the fumes can be deadly. 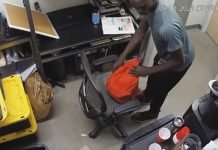