SOUTH SALT LAKE, Utah, Nov. 24, 2017 (Gephardt Daily) — Four people are in custody after each was found in possession of a Tesla stolen overnight from a South Salt Lake dealership.

“We are still trying to figure out how they got possession,” said Sgt. Gary Keller, South Salt Lake Police Department. “It appears they got in with keys. Two individuals claimed a family member died and left them all these keys. We are getting different stories.”

Upon apprehension, two of the men told officers their name was Tesla, and the woman said she was given the car by a man named Tesla.

“They didn’t even know Tesla was the name of the car,” Keller said.

Police were called at about 1 a.m. Friday to the Tesla dealership, at 2312 S. State St., after reports it had been burglarized.

“They were actually there when one of the cars drove by, and one of the troopers got in behind that car,” Keller said. “It stopped because the battery failed. We were able to take that one into custody.”

“One pulled up behind, and he also had a Tesla with no license plate, and said he felt really bad about having it, so we recovered that one,” Keller said.

A third was found in West Valley City, and the last, with the female driver, was pulled over Friday morning into the parking lot of a North Temple Street liquor store.

“They were four $80,000 cars, and the people who had them didn’t appear to have the wherewithal to have an $80,000 car,” Keller said. “That was one unannounced Black Friday Sale I wish no one had taken part in.”

Smith has been charged with:

Hallman has been charged with:

Weist has been charged with:

Parker has been charged with receiving or transfer of stolen property, a second-degree felony. She also had an existing misdemeanor arrest warrant for shoplifting. 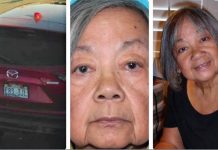