“We showed that we deserved a seat at the table just like any other fighter,” said Lt. Col. Joshua Arki, 4th Fighter Squadron commander. “We demonstrated to our friends and enemies that the F-35A is ready for any of the missions we may be called upon. We can hold any conflict in any theater at bay.”

“Our pilots, maintainers and support personnel showed motivation and grit,” Arki said. “Everyone banded together to carry each other through the highs and the lows of the deployment and in the end, we were incredibly successful. We had a family and team cohesion that I haven’t seen before and I couldn’t be more proud of them.”

The 388th and 419th are the Air Force first combat-capable F-35A units. The first operational F-35As arrived at Hill in October 2015. The active duty 388th FW and Air Force Reserve 419th FW fly and maintain the jet in a Total Force partnership, which capitalizes on the strength of both components.

“Our reservists train every day with our active duty counterparts here and this deployment served as an excellent opportunity to extend our capability downrange together,” said Maj. Glendon Bute, 419th Aircraft Maintenance Squadron commander. “There is a lot of pride to being the first operational Air Force F-35 units in this fight and in working to have set the tone for joint strike fighter units to come.” 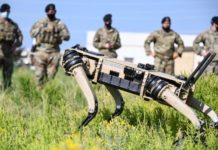