Saratoga Springs Fire and Rescue Deputy Fire Chief Kenny Johnson told Gephardt Daily: “At 4:30 p.m. our units were dispatched to the report of several people feeling ill at a construction site located on the northeast corner of Redwood Road and Pioneer Crossing.”

Fire personnel arrived and identified that equipment being used inside of the building, that is under construction, possibly caused dangerous levels of carbon monoxide to build up inside the structure, Johnson said.

“Nine people were transported by ambulance to hospitals with symptoms of carbon monoxide poisoning,” he added. “Three others transported themselves to local ER’s.”

Saratoga Springs was assisted by Lehi Fire Department and Unified Fire Authority. Personnel remained on scene for three hours to ventilate the building, he added. 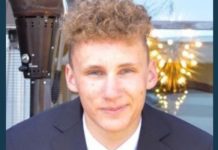 Saratoga Springs officer injured while disarming man who had knife