BRIGHAM CITY, Utah, Jan. 30, 2020 (Gephardt Daily) — A 9-year-old boy from Brigham City is in stable condition after he accidentally shot himself in the head Thursday afternoon.

Brigham City police officials confirmed the incident occurred at a residence at approximately 5 p.m., but did not say where exactly in the city the incident took place.

The boy was transported to Brigham City Community Hospital and was then transferred to Primary Children’s Hospital in Salt Lake City, officials said.

The accidental shooting was the second to occur in Utah on Thursday.

Murray Police officials confirmed Thursday morning that a toddler who suffered a gunshot wound to the head on Thursday shot himself, is in stable condition, and is expected to survive.

Murray Police officer Kenny Bass told Gephardt Daily that the 3-year-old boy awoke before the rest of his family.

“He was home with his mother, his dad, and a sister that lives there, but they were all asleep, everybody but him,” Bass said. “He climbed up on a chair to the kitchen counter, then reached above the cabinets, where he located a gun.

“He was playing with it or something, and ended up shooting himself in the head.”

A family member rushed the child to a nearby hospital, which called police at about 6:30 a.m., Bass said. The young victim was then transported  by medical helicopter to Primary Children’s Hospital for treatment, and is stable and expected to recover.

Bass said he had no information on the nature of the gunshot wound, or how the child avoided a more grave injury.

“Thank goodness the injury is non-life-threatening,” Bass said. “However it happened, thank goodness.”

Bass speculated the boy’s parents must have thought they had placed the loaded gun safely out of their 3-year-old’s reach.

For tips on gun safety in the home, click here. 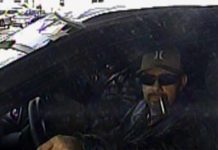 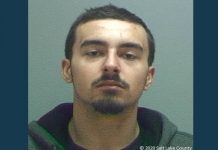 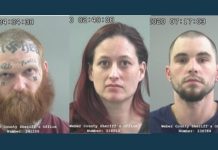