“A 9-year-old Eagle Mountain boy was riding a small off-road motorcycle eastbound on Golden Eagle Road when he hit a curb, lost control, and hit a tree,” the news release said.  “Bystanders who were first on scene called 911. The boy was not breathing and had no pulse and those bystanders began to administer CPR.”

Deputies and Unified Fire Department paramedics arrived and efforts to resuscitate the boy continued. After a short time medical personnel determined his injuries were too severe and he was pronounced dead. The boy was wearing a helmet but he sustained extensive injuries to his upper body. His body will be taken to the Medical Examiner’s Office in Taylorsville, officials said.

Officials are not releasing his name as not all family have been notified, the news release said. 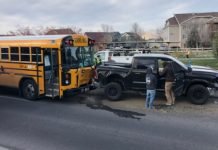