Salt Lake City Police spokesperson Brent Weisberg told Gephardt Daily, on scene, that it was just before 2 a.m. when officers received word of an aggravated assault. They were attempting to break up the fight when they heard the sound of gunfire.

“While they were searching the area, they located a man down on the ground with critical injuries,” Weisberg said. “At this point it is unknown what caused his injuries, and he has been taken up to the hospital in critical condition.

“It was a very chaotic scene when we got here, with upwards of about a hundred plus people, everyone kind of just running around trying to leave the area. People were looking for friends.

“At this point, we’re still in the very early stages of the investigation,” Weisberg said. “We have notified our detectives and we have Pierpont shut down.”

Pierpont Avenue and the surrounding area is no stranger to random violence, especially on weekends, when crowds of club goers flock to popular night spots in the downtown party district.

“So we are focusing on this area,” he said. ” We’ve actually been working with the business owners. We’ve been having our officers who are working on overtime shifts when they’re available to be in this area. We had our gang unit out here trying to obviously prevent something like this from occurring.” 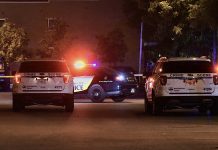 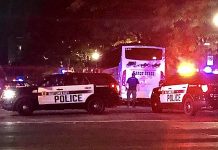