May 14 (UPI) — The attorneys general in 17 Republican states, including Utah, have filed a lawsuit against the Environmental Protection Agency for allowing California a waiver to set its own car emission standards.

The lawsuit claims that Michael Regan, the agency’s administrator, violated a doctrine in the U.S. Constitution granting states equal sovereignty by allowing California to apply for a waiver to set stricter emissions limits for new cars than the limit set federally.

It comes after Regan said in March that the EPA reinstated California’s authority under the Clean Air Act to implement its own emissions standards, first granted in 2013 under the administration of former President Barack Obama but revoked in 2019 under former President Donald Trump.

“The Act simply leaves California with a slice of its sovereign authority that Congress withdraws from every other state,” Patrick Morrisey, the attorney general of West Virginia, said in a statement, according to The Hill.

“The EPA cannot selectively waive the Act’s preemption for California alone because that favoritism violates the states’ equal sovereignty.”

The lawsuit is led by Ohio Attorney General Dave Yost, who was also joined by the attorneys general for the states of Utah, Alabama, Arkansas, Georgia, Indiana, Kansas, Kentucky, Louisiana, Mississippi, Missouri, Montana, Nebraska, Oklahoma, South Carolina and Texas.
“Today we proudly reaffirm California’s longstanding authority to lead in addressing pollution from cars and trucks,” Regan said in a statement in March.

“Our partnership with states to confront the climate crisis has never been more important. With today’s action, we reinstate an approach that for years has helped advance clean technologies and cut air pollution for people not just in California, but for the U.S. as a whole.”

Regan noted that other states would be allowed to adopt California’s standards in lieu of the federal standard. 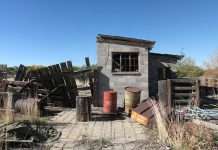