WASHINGTON COUNTY, Utah, June 8, 2020 (Gephardt Daily) — Air and ground resources are responding to a new wildfire, this one west of Apple Valley in Washington County.

Named the “Apple Fire,” it was estimated at 80 acres at about 9:45 p.m., up from 50 acres roughly an hour earlier, according to Utah Fire Info tweets Monday night.

One structure has been confirmed as damaged, and five other are reported as being threatened. 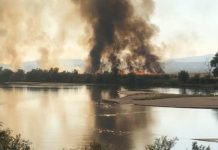 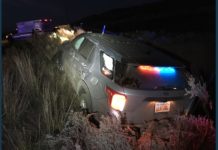