PORTLAND, Ore., Feb. 4 (UPI) — A federal grand jury indicted more than a dozen people on Thursday who were involved in the takeover of a wildlife refuge in Oregon that lasted for more than a month.

The indictments were filed with the U.S. District Court for the District of Oregon Wednesday and unsealed Thursday.

In all, 16 people were indicted for conspiracy to impede officers of the United States during the 32-day standoff ─ during which the militia group, led by Ammon Bundy, refused repeated orders from authorities to leave the Malheur Wildlife Refuge.

The siege largely ended on Jan. 26 when law enforcement officers arrested several of the militia members during a traffic stop on U.S. Route 395, which also led to officers shooting two of them ─ including Bundy’s brother, Ryan. One, Robert “LaVoy” Finicum, who officials say reached for a weapon, was shot dead.

The standoff practically ended a week later when the remaining occupiers’ lines of communication were cut, although four occupiers remain at the refuge

Wednesday’s indictments, which named both Bundy brothers and 14 others who occupied the bird sanctuary, says the defendants “prevented federal officials from performing their official duties by force, threats and intimidation.”

The grand jury’s indictment detailed what it called “overt acts” by the defendants ─ such as warning the sheriff’s office of “extreme civil unrest,” taking over the refuge with the threat of firearms, and threatening to harm anyone who attempted to remove them from the Malheur refuge.

The defendants are also accused of traveling to locations in Harney County to “intimidate and coerce” the general population of the area.

If convicted on the conspiracy charge, each of the defendants could spend up to six years in prison. As the group leader, Ammon Bundy faces more charges and more jail time for the takeover.

The occupation went largely unchallenged by local authorities for weeks, and attracted widespread criticism, until the FBI and Oregon State Police ultimately blockaded the refuge and moved in to arrest the group’s leaders.

The FBI has defended the shooting of Finicum, who had been one of the most visible figures of the standoff, during the Jan. 26 confrontation. 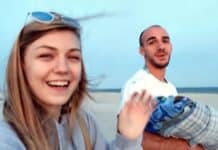