NEW YORK, April 28 (UPI) — “Tick Tick Boom” and “Spider-Man: No Way Home” actor Andrew Garfield says his new Hulu drama, “Under the Banner of Heaven,” tries to responsibly and truthfully explore what led to the 1984 murders of Brenda Wright Lafferty and her baby daughter, Erica, at the hands of religious extremists in a suburb in the Salt Lake Valley of Utah.

Speaking to reporters in a recent virtual press conference, Garfield said he has been obsessed with Krakauer’s book — which is about members of a radical Mormon splinter group who killed their sister-in-law and niece — since it was published in 2003.

“I found it so deeply fascinating — the themes, the story itself, how thrilling the story was, but also how horrifying it was,” the actor explained. “Cut to 10 years later, and I get a call from Dustin and from Ron and Brian. And I thought, ‘Well, this is the perfect team to do it.'”

Like Pyre and Lafferty, Oscar winner Black was raised in the Mormon faith. He has since left the Church and is a vocal LGBTQ+ activist whose film (“Milk”), theater (“8”) and TV (“Big Love”) projects often spotlight gay and/or religious issues.

“I was kind of convinced right away that this was just an incredible group of creative people who were going to not only honor what Jon Krakauer wrote, but also honor Brenda Lafferty and Erica Lafferty and really unpick the rot at the core of what enabled such evil to take place,” Garfield said.

“For me, it was kind of a no-brainer because of the people involved, and the subject matter just interests me deeply. It is such an important story for human beings to look at: how we create the myths that we live within and how they infect and affect our behavior.”

Jeb isn’t Garfield’s first character to experience a crisis of faith. The actor also played Prior Walter in Broadway’s “Angels in America” and Jim Bakker in the movie, “The Eyes of Tammy Faye.”

“It is kind of mysterious,” Garfield said about why he is drawn to playing roles that explore doubt, question spirituality, ponder the meaning of life and show someone “living on a knife edge between life and death.”

The actor understands some viewers might be put off by his portrayal of a man walking the tightrope between his separate loyalties to the law and the church.

“It is about ultimately the pursuit of the truth in the face of potential loss of one’s family, one’s social structure, one’s life,” Garfield said before passing the question to Black.

“At least half of my family is still very active in this faith,” Black said.

“We tried incredibly hard to make the distinctions between cultural Mormons, between modern, contemporary Mormons and fundamentalist Mormons. The show, I believe, makes those distinctions clear,” he added.

“Is it ever comfortable to have a mirror held up to you and to your beliefs? Likely not, but I think that there is something to be learned.”

The filmmaker said he would love to see the series inspire positive changes in the religious communities it depicts.

“If the truth is offensive, I think some people may be offended. But I also think once that we are empowered with truth, once we have good information, we can make better decisions, and I hope that’s what comes of this,” Black said.

Also intrigued by Krakauer’s book, Oscar-winner Howard was eager to speak with the scribe about why the story is relevant today.

“I’m always intrigued by family stories, family dynamics, groups of people, in general, trying to accomplish something, but family stories always resonate with me,” Howard said.

“Here’s a story about — on the one hand — a very remarkable, high-achieving group of people, and yet their lives transformed in a very tragic way.”

Those themes could make for a powerful cautionary tale about pretty much any religion, he noted.

“This was sort of a story of transformation that I felt could happen to a lot of people in a lot of faiths, because at the end, as Dustin was just saying, so much about the way our human belief systems can be distorted and manipulated to justify acts of oppression and violence,” Howard said.

“One could imagine themselves going through something like that, or that that could occur within their family.” 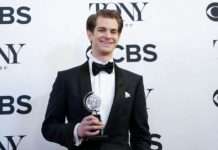 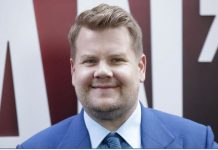