SALT LAKE CITY, Utah, Sept. 13, 2022 (Gephardt Daily) — The architects tasked with rebuilding the Utah Jazz say a roster reset was necessary because players “didn’t believe in each other” last season.

Danny Ainge, the longtime Boston Celtics executive who joined the Jazz as CEO of basketball operations in December, says he was “curious and optimistic” about the team’s potential when he arrived.

“But what I saw during the season was a group of players that really didn’t believe in each other,” Ainge said during a news conference Monday at the team’s practice facility.

“So when we got to the playoffs, I thought, ‘Well, this is a team that’s had some disappointing playoffs, and maybe they’re just waiting for the playoffs.’ And so I gave him that benefit of the doubt,” he said. “But it was clear the team did not perform well in the playoffs again.”

By the time the Jazz were ousted in the first round of the 2021-22 NBA Playoffs by the Dallas Mavericks in six games, Utah’s front office had seen enough.

“I think individually [the players] had resolve, but I just don’t believe that collectively they did,” Ainge said, “so we’d see a lot of players trying to do it on their own.”

Even though the Jazz reached the playoffs for six consecutive seasons, they made first- or second-round exits each year during that stretch.

“Previous results kind of told us who we were, and it wasn’t just a one-year thing,” Jazz general manager Justin Zanik said. “This was a good three-year period that we won a lot of games and had a lot of success, but we were tapped out from a potential standpoint, and we needed to reset that.”

Hitting the reset button has led to an offseason of change for the Jazz, who hired Will Hardy in June to replace longtime coach Quin Snyder and then traded three-time NBA Defensive Player of the Year Rudy Gobert to the Minnesota Timberwolves for four players and four future first-round draft picks.

Most recently, the Jazz made a move that not long ago would have been considered unthinkable when they traded three-time All-Star Donovan Mitchell to the Cleveland Cavaliers.

“In the NBA life cycle, this was kind of a touch point for us to make a pivot,” Zanik said. “And to do that, we wanted to give the organization every opportunity to build the greatest base of flexibility, young players, and assets going forward to make really good decisions so that we could reach the ceiling that we want to get to, and that’s win a title here.”

Utah currently has 17 players on its roster, including returning veterans Bojan Bogdanovic, Jordan Clarkson, Mike Conley and Rudy Gay. The rest of the roster is made up of newcomers acquired via trade or signed during the team’s eventful offseason.

“There’s this really good vibe and excitement in the gym,” Zanik said. 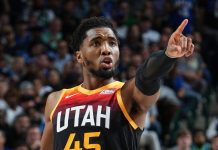 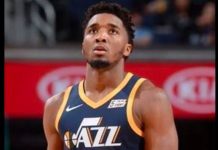 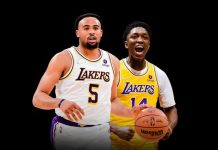