HEBER CITY, Utah, July 14, 2022 (Gephardt Daily) — The Wasatch County Sheriff‘s Office has shared photos of a man, described as armed and dangerous, wanted in connection with a homicide discovered at a Heber City residence at 9:50 a.m. Thursday.

Asman is being sought after the shooting death of his girlfriend, Julie Burns, 36, according to multiple reports.

Asman was arrested most recently on June 12. Heber City police responded to a domestic violence report after a neighbor reported the female victim had been struck and dragged by vehicle, and the woman’s two children were present.

Asman’s June probable cause statement does not name the victim, which is the usual protocol for police reports. It does say, “The victim of the incident has made statements that she is afraid Michael will kill her by either beating her to death or shooting her.”

The woman hurt June 12 also told officers she had been punched the previous week, and suffered a concussion and a wound requiring stitches.

“The victim claimed she lied to hospital staff about what really happened because she
believed if she told it was domestic violence then Michael would kill her,” the June statement says.

The Wasatch County Sheriff’s statement asked for the public’s help, but asked for safety measures.

“If you have seen Michael or his vehicle, or know of his whereabouts, please contact the Wasatch County Sheriff’s Office at 435-654-1411 or dial 911,” the statement says, adding in capital letters: “DO NOT APPROACH THIS INDIVIDUAL, HE IS BELIEVED TO BE ARMED AND DANGEROUS.”

The homicide is being investigated by the Wasatch Back Major Crimes Task Force, which includes the sheriff’s office, Heber City and Park City police departments, at the Utah Attorney General’s Office. 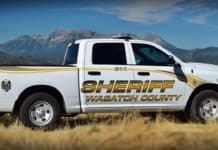 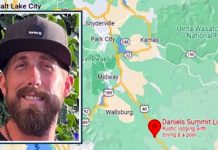 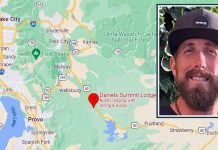