Armed with search warrants from a long-term investigation lead by the state Division of Wildlife Resources, a dozen or more DWR game wardens and other division officials were joined by West Valley City police and animal control officers, the Salt Lake County Health Department, and the Utah Department of Agriculture in the raid on a suspected unlicensed bird rehabilitation shelter, said Faith Heaton Jolley, DWR public information officer.

All were dressed in those hazmat-looking PPE (personal protective equipment) suits because of the threat of avian flu on the premises, she said.

The Friday searches and seizures took much of the day but Jolley said officers weren’t releasing numbers of birds seized or arrest information as an investigation is ongoing. “But with such a large response by so many agencies,” she said, “you can guess the numbers of birds involved is substantial.”

The threat of avian flu has resulted in licensed wildlife rehabilitation facilities in Utah currently refusing to take in any birds, Jolley said, domestic, farm-raised, or wild “because the virus is so contagious it will kill everything.”

If anyone encounters a sick or injured bird, they should keep their distance and contact the DWR, state agricultural officials or local health departments.

So far the avian flu has been detected in animals six Utah counties: Cache, Weber, Salt Lake, Utah, Tooele and Carbon, Jolley said. To date, only one human in the U.S. has contracted it, she said, a man in Colorado who has so far survived.
. 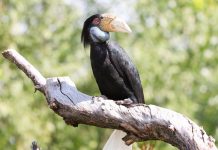