SALT LAKE CITY, Utah, Dec. 23, 2015 (Gephardt Daily) — Utah has the sixth fastest growth rate in the nation among states, and a baby is born in the state every 10 minutes, according to estimates.

Utah’s growth rate is 1.75 percent, according to data released by the U.S. Census Bureau Wednesday.

Utah’s population increases by one person every 13 minutes, a baby is born every 10 minutes, and someone moves into the state every 90 minutes.

The state’s estimated population was reported as 2,995,919 as of July 1, 2015, but experts agree that the state reached the three millionth population milestone this October, if not earlier. The Beehive State ranks No. 31 in total population, up from No. 33 last year, passing both Arkansas and Mississippi. Utah added 51,421 residents between July 1, 2014 and July 1, 2015.

“Estimates from the U.S. Census Bureau confirms that Utah’s quality of life and sound economic opportunities continue to attract people from around the world,” Gov. Gary Herbert said.  “Most importantly, we continue to create opportunities for our children, so they can pursue their dreams here in Utah.”

Approximately 70 percent of the newest million residents in Utah have resulted from natural increase which helps Utah retain its ranking as the youngest state in the nation. Utah has the lowest median ages in the country at 30.5, compared to 37.7 nationally.

The United States saw its population increase by 0.79 percent to 321.4 million, slightly faster than the growth rate over the previous year, which was 0.78 percent. Utah’s rate of 1.75 percent is more than double the national average. 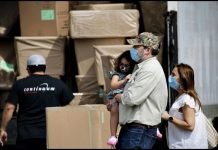 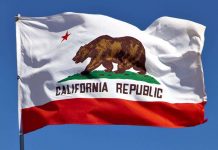