BRIGHAM CITY, Utah, Sept. 21, 2022 (Gephardt Daily) — The bird counts are climbing at the Bear River Bird Refuge, marking the onset of fall for birds and the rest of us.

The fall and spring migrations bring the highest census totals at the refuge just west of Brigham City, say officials there. The latest counts show a huge jump in the bimonthly head counts, the fall migration fully underway.

The figures are posted on the refuge’s Facebook page, the counts conducted by the army of volunteers who supplement the park rangers’ work, said Ranger Jill Shannon.

“It’s getting busy,” Shannon said, approaching the 80,000-plus peak counts, likely to be reached this month.

The latter actually digs out a home, and scatters its waste around the entrance to ward off intruders and attract tasty dung beetle meals.

The 80,000-acre refuge was given the formal name Bear River Migratory Bird Refuge when it was formed and named in 1928, Shannon said, pre-dating many of the nation’s national wildlife reserves, or NWRs as they are monikered.

Among the nation’s 588 NWRs overseen by the U.S. Fish and Wildlife Service, Bear River’s is among the largest in the continental U.S., according to FWS listings, ranked 40th overall in 2021, which includes Alaska.

Rightfully deserving its own category, Alaska has by far the most NWR acreage in the country, hosting the 11 largest wildlife reserves. and 15 of the top 20, well beyond any other state with six that top 3 million acres, including two with more than 19 million acres.

Meanwhile, at the BRMBR, even when the refuge ices over in the winter, there’s plenty to see.

Refuge officials note that’s when 20,000-plus tundra swans show up from the Arctic, their idea of heading south for the winter.

Shannon noted that the visitors to the refuge’s 14-mile automobile tour, open from sunrise to sunset, has settled back to its pre-pandemic levels, with 2,000 vehicles counted in August. During the time of covid’s peak, those numbers were consistently higher by 60 percent or more. 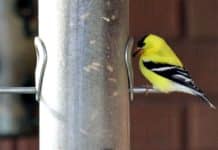 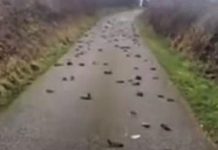 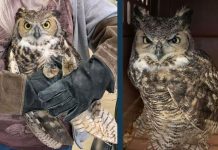