SALT LAKE CITY, Utah, May 20, 2022 (Gephardt Daily) — Bob Dylan, one of the most enduring names in modern music, is bringing his “Rough and Rowdy Ways Tour” to Eccles Theater in Salt Lake City on June 30 at 8 p.m.

The concert stop is part of a 25 date worldwide tour in support of Dylan’s critically acclaimed album “Rough and Rowdy Ways” which was released in June 2020. The haunting, yet lyric album, the 39th of Dylan’s career, was his first original work since 2012, and dropped relatively early during the first wave of COVID-19.

The project was embraced by fans and critics alike who praised the depth of the music and lyrics in what Rolling Stone called “one of the most timely albums” of Dylan’s career.

Dylan was first known for his talk-singing style and for songs including “Blowin’ in the Wind,” and “The Times They Are a-Changin’,” which became unofficial anthems for the civil rights and anti-war movements of the 1960s.

Born Robert Allen Zimmerman, the somewhat reclusive Dylan has spent his lifetime recording and occasionally touring. He has sold more than 125 million records, and won multiple awards, including 10 Grammys, a Golden Globe, an Academy Award, Rock and Roll Hall of Fame induction, and a 2008 Pulitzer Prize citation.

In 2016, Dylan was awarded the Nobel Prize in Literature for creating a new poetic expression within the great American song tradition. 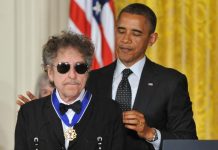 Bob Dylan breaks silence about Nobel Prize, says he will pick it up ‘if it’s at all possible’ 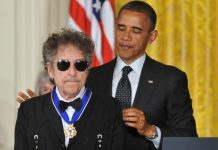 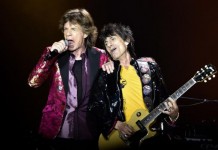