BOX ELDER COUNTY, Utah, Oct. 26, 2019 (Gephardt Daily) — Members of the Box Elder County Sheriff’s Office and the Willard City Fire Department are mourning the loss of one of their own.

Glenn “Robie” Bosserman, who was a volunteer with BESO Search and Rescue and an EMT for the Willard Fire Department, died of an accidental gunshot wound on Wednesday. He was 38 years old.

Bosserman was at home preparing for a “Fallen Heroes” event at the time of the accidental shooting.

He and his wife, Misty, would have celebrated their fifth wedding anniversary on Thursday.

Bosserman graduated from Box Elder High School in 2000, and from Stevens-Henager College. He was in training to become a police officer and was attending the Weber State Police Academy.

A Facebook post by the Willard Fire Department expressed deepest sympathy for Bosserman’s loved ones and said, in part, “Even though he was with us for a short stay he was a man of many talents — he had an infectious personality that reached out and touched many.”

The BESO Search and Rescue stated, “Robie Bosserman was a great example through his hard work and willingness to serve others. He was a friend to all. Robie was a dedicated member of the Search and Rescue and was always willing to drop everything at a moment’s notice to help someone in need. He will be greatly missed.”

And the WSU Police Academy posted, “Our hearts go out to his family, friends and classmates. He was a valued Cadet, class leader, and friend to all at the Academy.”

The family has set up an account at Box Elder Credit Union to help his wife, Misty, and children with expenses. Donations also can be made through [email protected] 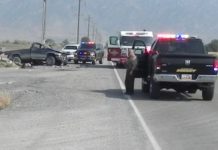 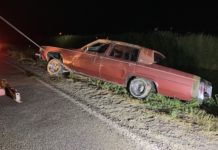 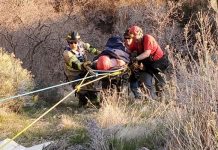