BOX ELDER COUNTY, Utah, Jan. 2, 2020 (Gephardt Daily) — The Box Elder Sheriff’s Department is mourning the loss of a beloved sergeant at the age of 59.

“Sgt. David Martin Murphy has left this life and entered into the loving arms of Jesus,” said a Facebook post from Box Elder County Sheriff’s. Murphy died on Jan. 1, the post said.

“He died at his home surrounded by his loving family after a brief battle with cancer,” the post said. “David joined the Weber State Police Program in 1983-1984, and he faithfully served with the Box Elder Sheriff’s Department for 33 years. He loved his job and the people he worked with.”

Murphy, who was born in Ogden, served in the U.S. Air Force from 1978 to 1982, with a brief stint overseas in Germany. “He frequently spoke of his love for Germany and the fact that he received Jesus as his Savior there,” the post said. “He loved to speak German and spoke to his children, and anyone else, when he could.”

The post said he met his wife Alicia in kindergarten.

“They shared their first kiss in third grade and a promise ring in sixth,” the post said. “They wed April 30, 1983. They had six children together. David enjoyed going to the family cabin every summer with his family and exploring and having fun.” He also had eight grandchildren.

“David’s joy and love for the Lord was apparent to anyone who met him,” the post said. “He loved to play the bass guitar and played every Sunday for church; his music and enthusiasm will be greatly missed.”

A memorial service where we celebrate the life of Murphy will be held at Brigham City Bible Church at 634 S. 200 East, Brigham City, at 11 a.m. on Monday, Jan. 6. A wake will be held in his honor at the Fraternal Order of Eagles Box Elder at 912 N. Main, Brigham City from 6-9 p.m. the same day. In lieu of flowers donations can be made to America First Credit Union under David and Alicia Murphy 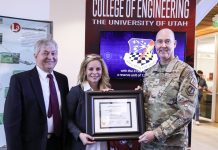 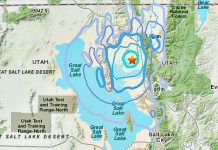