IRVING, Texas, Feb. 18, 2020 (Gephardt Daily) — The Boy Scouts of America national organization, headquartered in Texas, has filed for Chapter 11 bankruptcy in the wake of mounting lawsuits filed against the BSA by victims of sexual abuse.

The BSA announced the decision in a news release late Monday night, stating that the national organization filed for bankruptcy “to achieve two key objectives: equitably compensate victims who were harmed during their time in Scouting and continue carrying out its mission for years to come.”

The Chapter 11 filing does not affect local councils, which are legally separate entities from the national organization.

According to the news release, the BSA plans to “use the Chapter 11 process to create a Victims Compensation Trust that would provide equitable compensation to victims.”

The number of lawsuits filed against the BSA has increased since several states extended or eliminated the statute of limitations for claims of sex abuse of a minor.

The organization acknowledges the abuse some Scouts have experienced and quotes President and Chief Executive Officer Roger Mosby saying:

“The BSA cares deeply about all victims of abuse and sincerely apologizes to anyone who was harmed during their time in Scouting. We are outraged that there have been times when individuals took advantage of our programs to harm innocent children.

“While we know nothing can undo the tragic abuse that victims suffered, we believe the Chapter 11 process – with the proposed Trust structure – will provide equitable compensation to all victims while maintaining the BSA’s important mission.”

Local councils, Scouting programs, unit meetings, council events and other Scouting projects within communities will continue as they always have, the BSA said.

“The BSA fully intends to maintain its commitments to its members, families, volunteer leaders, employees, retirees, donors and alumni to the fullest extent permitted by bankruptcy laws. The organization also will pay its vendors and partners for all goods and services delivered from today forward.”

In addition to encouraging “victims to come forward to file a claim as the bankruptcy process moves forward,” the BSA recently announced a partnership with 1in6, which it says is “a trusted national resource for male survivors,” and the partnership will “expand their services so that victims of abuse are able to anonymously access vital support from trained advocates when and how they need it.”

According to the news release, “More information and updates about the restructuring are available via the national organization’s dedicated restructuring website, www.BSArestructuring.org. Victims, as well as vendors and other potential creditors who have questions about their claims may contact [email protected] or call 1-866-907-BSA1 for the fastest response.” 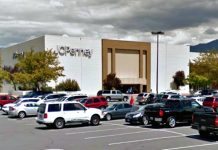 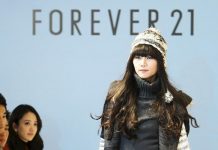