They arrived to find flames coming from the second floor of the 3-story building that was set to be demolished Monday morning.

Given the flames and the fact that the building had already been prepped to bring down, the battalion chief says it was too dangerous to send crews inside to look for anyone who may be inside.

Instead, crews have been using seven fire engines and two ladder trucks to knock down the flames from the outside.

The fire department says although it is working to protect nearby buildings, none have been evacuated.

However, residents are being told to shelter in place given the amount of smoke in the area.

As the fight is ongoing, investigators have yet to pin down a cause.

This breaking news story will be updated as more information becomes available. 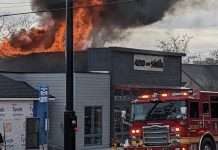 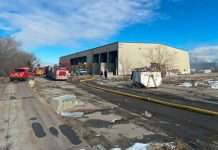