The concerns came to a head on April 19 of this year when hundreds of BYU students rallied on campus to protest the manner in which Honor Code violations were reported and processed.

The protest was fueled in part by an anonymous student’s Instagram postings detailing disturbing accounts of how the Honor Code Office went about its business.

Utt’s letter to students is as follows:

In January, I became the director of BYU’s Honor Code Office after coming to BYU from a liberal arts university where I was the dean of students. What has most impressed me about you, as students, is your commitment to the principles of the Honor Code. But I have also met with a number of students who have concerns about how we handle things within the Honor Code Office. I have welcomed these discussions, which I have had with several hundred students – and counting. One thing I have shared with them, which I want to share with you, is that this past year we began reviewing all our procedures. During this process, we have already made several changes that are discussed below:

For instance, when we learned that an online form associated with our housing office was creating confusion about reporting Honor Code violations, we removed the confusing language. As I mentioned in the Q&A posted in April, encouraging others in their commitment to comply with the Honor Code is not synonymous with “turn someone in.”

Students have also shared with me the anxiety they and others have felt when coming into the Honor Code Office. We believe that we can help reduce this apprehension with increased transparency, and we want our students to know that the following improvements have been made:

You will know at the start of our first meeting why we have asked you to come to the Honor Code Office and the nature of the reported violation. If you are self-reporting, we want you to have a clear understanding of what we need to know to help you remain in, or return to, good standing within the university. I want to reiterate that you will NOT be presumed in violation of an Honor Code policy unless you either accept responsibility or the investigation process makes such a determination.

As part of our process, you will be told the name of the person who has reported the violation, except in situations where it is a matter of safety to a member of our campus community.

From the first meeting with us, you will be given an explanation regarding what the investigation process entails and support resources that are available to you as you participate in the process. This includes an explanation of the steps we will take to find information that corroborates or disputes the original report; the preponderance of evidence standard that universities use; and the possible outcomes if found responsible for the policy violation.

When I was hired as the director, I was asked to review each of the policies and practices of my office to be in accordance with current best practices. The Honor Code process should serve to help students reflect and commit to the Honor Code, as they strive to achieve the high standards set forth by BYU’s Mission and Aims. I want students to be respected and treated fairly throughout their interaction with this office. I understand the concerns that have been raised with some of our procedures, which we will continue to address in the months ahead. The constructive dialogue that I and others are having with students is helpful as we continue to refine our policies, trainings and practices. 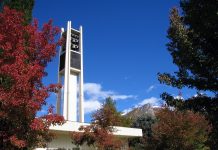 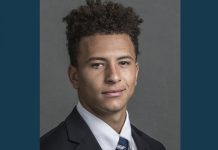