MURRAY, Utah, Jan. 29, 2018 (Murray) — Police were on the scene of a shooting in Murray on Monday afternoon that left one man critically injured and another the subject of a manhunt. The incident took place at about 1:45 p.m.

Murray City Police Department tweeted later Monday that the suspect is in custody. He has been identified as 18-year-old Tyler Dalton.

Police detained several people for questioning, but were not immediately sure if they had a suspect or witnesses in custody, said Officer Kenny Bass, Murray City Police Department.

“We were called here in regards to a shooting that took place,” Bass said shortly after the shooting, while talking to reporters at an apartment building at 154 W. 4350 South.

“Apparently, two individuals who were possibly acquaintances were together. I don’t know if there was a verbal confrontation or what took place, but apparently one of the individuals pulled out a firearm and shot the other one in the face.”

“He (the victim) has been transported to the hospital. He is in critical condition.”

Bass said several leads needed to be nailed down before he could share additional information.

“We’ve got a lot of people checking into a lot of things,” he said. “There’s been possible sightings … We have some people that were stopped and will probably be questioned.”

Those people were stopped in the area of Midvale’s Bingham Junction Station, at about 1127 W. 7800 South.

Bass said police “initially got some good information,” and they were following up on that. 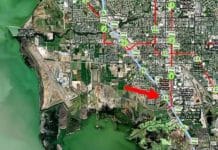 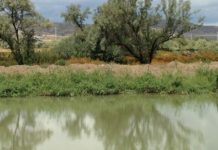