BRIGHAM CITY, Utah, July 5, 2021 (Gephardt Daily) — The Brigham City Fire Department responded to three fires overnight, from Sunday night to Monday morning, and reports that two our of three were related to the use of personal fireworks.

“Last night, our crews were busy,” department officials said in a Monday Facebook post. “We responded to two fires caused by fireworks.

“At approximately 11 p.m., we also responded to a structure fire on the 100 South block of 400 West. The fire was in the attic and was hard to reach due to an overbuilt area that made extinguishment difficult. Crews worked until 4 a.m. to completely extinguish the fire.”

There were no injuries, and the cause of the third fire is under investigation, “but does not appear to be related to fireworks,” the statement says.

Another call was for a grass fire, a subsequent post says.

“Brigham City fire crews responded to a residence near the 200 south block on 500 west for a reported grass fire threatening structures. Upon arrival, crews found heavy fire within dense hedge rows along side the callers home which produced heavy flame and smoke.

“Crews quickly extinguished the fire with damage only being sustained to the hedges.”

The hedge fire was sparked by fireworks, the post says.

“We express our thanks and gratitude to our neighboring departments that assisted us with the fire and other 911 calls. We appreciate the teamwork we have with other fire departments.” 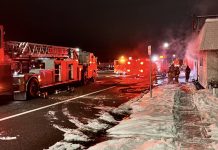 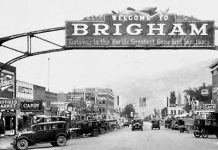