“The immediate area has been evacuated and Kearns Boulevard is blocked in both directions,” said a tweet from officials at 4:30 p.m. Wednesday.

Traffic is being diverted via Sidewinder Drive, a follow-up tweet said.

“Several Park City Fire Department, Park City Police Department and Dominion units are scene working to keep the public safe while the break is being repaired,” the tweet said. 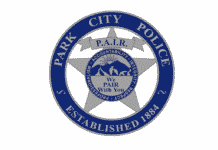