PROVO, Utah, Aug. 4, 2022 (Gephardt Daily) — Police are asking for the public’s help in a cold case where someone shot up a guard station at the Missionary Training Center.

There were no serious injuries in the Aug. 3, 2020 shooting, but in something of an anniversary post, the Brigham Young University Police Department has released video of the 2-year-old incident on its Facebook page in seeking new leads from the public.

Media reports at the time said as many as four shots hit the booth, coming close to the officer inside.

“BYU Police needs your help,” headlines the Wednesday morning post. “On August 3, 2020 at 2:30 a.m., an individual drove up to the entrance of the Missionary Training Center, exited their vehicle, and fired gunshots directly at a security officer seated in a traffic booth less than 20 feet away.

“Fortunately, the bullets narrowly missed the officer and he was not seriously injured.” Anyone with any information, or knows someone who might have information is asked to call BYUPD at (801) 422-0911. 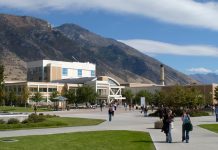 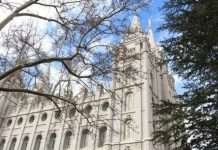