Freddy Anthony Perales, 58, had faced charges related to incidents said to have occurred between 2015 and 2020. Charges included:

In a plea deal, Perales pleaded guilty on Tuesday to:

Perales’ sentencing was set for March 15. He remains incarcerated in the Cache County Jail. 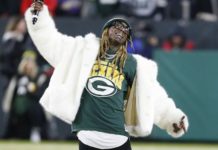