CLINTON, Utah, June 24, 2020 (Gephardt Daily) — A Clinton man has accepted a plea deal in the child abuse death of his infant son, according to paperwork filed Wednesday in 2nd District Court.

In exchange for the plea, a second charge, infliction of serious physical injury intentionally, a second-degree felony, was dismissed with prejudice.

Clearfield officers were notified on Dec. 1, 2017 that the infant boy was unconscious and not breathing. Upon arrival, officers began performing CPR on the child, the probable cause statement says.

The baby, named Hudson, was transported by medical personnel to a local hospital in extremely critical condition, then flown by medical helicopter to Primary Children’s Hospital in Salt Lake City.

At the hospital, doctors discovered Hudson had bruising on his head and ribs, detached retinas, a skull fracture and bleeding on the brain, the probable cause statement says.

Hudson died early the next day.

Nokes told police he was tired of the infant crying, and “exploded,” court documents say. Nokes admitted to abuse including throwing the infant onto the couch and dropping him into a sink, causing Hudson to strike his head, documents say.

Nokes faces a sentence of 15 years to life in prison. Court records do not yet indicate a sentencing date. 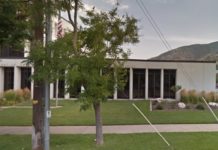 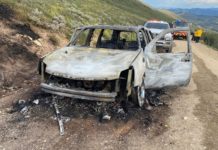