The chain announced that it’s “beginning a phased return to full sampling” early next month, according to a news release.

Costco eliminated food sampling in March 2020 during the onset of the COVID-19 pandemic. Roughly 170 U.S. locations will bring back food samples in the first week of June with “most of the remaining locations” returning toward the end of June, the news release said.

There will be some changes to how food is given out because of COVID-19. There will be increased safety protocols including the samples being prepared behind plexiglass, made in smaller batches and distributed to customers one at a time.

Costco food courts will also begin reopening. Beginning next month, indoor seating will be back at most of its 560 U.S. locations with “more physical separation,” the news release said. Tables will four seats instead of six or eight and the seating capacity will halved.

In March 2020, Costco shut down the food court’s seating areas and pared back the menu to limited items for takeout only. 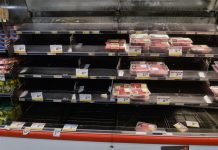 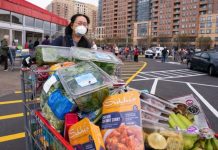