“Salt Lake County has evaluated the countywide needs for connecting bike lanes and improving the safety of bike commuters. Now, through this grant program, we’re working arm in arm with city and area leaders to put more paint on the ground and fill the gaps in our system,” said Mayor McAdams.

“We appreciate the partnership we share with Salt Lake County and the opportunity to expand services within our City,” expressed Applegarth. “In addition to enhancing quality of life for Riverton residents, the addition of new bike lanes helps us to continue bridging the gaps that will connect people to a larger network of service and recreation throughout the entire south valley.”

Cyclist Roger Crandall said: “We have some catch-up to do when it comes to other communities. Other cities are pretty well noted for their bike trails and we need to be in the same league as those. We have a lot of flat areas in the city so it’s not that much of a struggle.”

Mayor McAdams said this is the second year Salt Lake County has distributed grants as part of an effort to build out a fully connected bicycle transportation network throughout the county. In 2014, $800,000 was awarded so communities could improve their bicycle commuter lanes and connect them with the network. Once all the 2014-2015 grant funded bike lane projects are complete, 117 miles of new bike lanes will have been added to Salt Lake County streets.

Lowering the number of bicycle commuter injuries and deaths is a top priority, said McAdams, and designating room on the road for cyclists will improve safety. According the Utah Department of Public Safety, 777 bicyclists were hit by cars on Utah roads – of that number, 688 were injured and six were killed. The Utah Department of Transportation reports five bike fatalities in 2014 and so far in 2015, there have been three deaths. 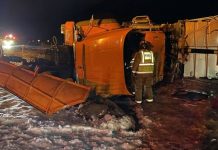 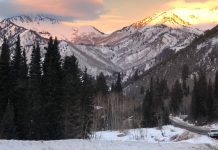 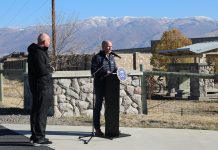