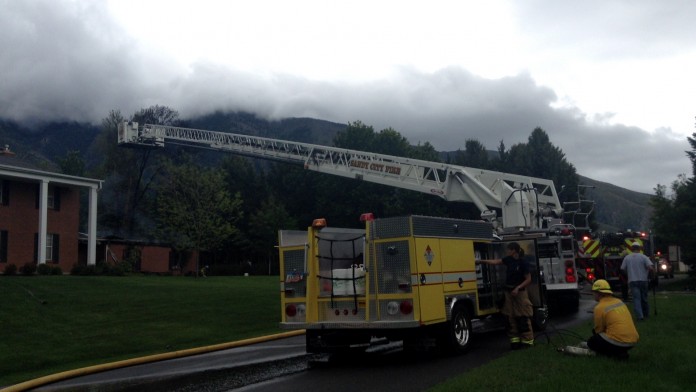 SANDY, UTAH – May 26, 2015 (Gephardt Daily) — Sandy Fire Crews  were called out to 2500 East Pepperwood Lane Tuesday morning. They were successful in containing the fire that had broken out just before 9 a.m.

A neighbor noticed the flames and called the fire department. Utah State Fire Association Deputy Chief Derek Maxfield said, “the neighbors saw the smoke and probably heard some pops. One of them jumped over the fence and broke through the back door and woke the female home owner.”

There were no injuries reported and officials are positive that the residents will be able to reside in the home.

Maxfield said, “nothing looks suspicious at this time,” though the source and cause of the fire have not yet been determined and are still under investigation.

We will have updates as they become available.