DAVIS COUNTY, Utah, June 23, 2017 (Gephardt Daily) — Crews are fighting a large brush fire Friday night in the area of 1500 N. Compton in Farmington, and the public is being advised to avoid the area.

The fire, referred to as the Shepard Fire, had grown to 100 acres at 9 p.m., according to officials, but crews were getting it under control and expected to stay on scene through the night.

Rocky Mountain Power was reporting a power outage affecting more than 3,800 customers near Fruit Heights, but that number dropped to about 2,700 later Friday night. The estimated time of restoration was 10:30 p.m., and at 10:45 p.m., the RMP website indicated that power was restored. 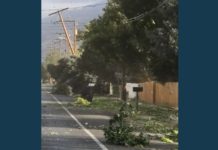 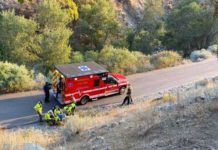