GARLAND, Utah, Jan. 11, 2021 (Gephardt Daily) — Firefighters responded to a report of a vehicle fire that was threatening a structure Monday afternoon.

The fire was reported just before 2 p.m., and because a structure was threatened, automatic aid was dispatched from Tremonton Fire, according to a Garland Fire Department post on Facebook.

Crews arrived to find a passenger vehicle in flames next to a home, and they were able to knock down the fire without further damage to the home or a nearby camper trailer.

“Units on scene were Chief’s 400 & 300 along with Engine’s 42 & 31,” the post said. “We would like to thank PD for shutting down the road to allow access for fire crews and our 911 dispatchers for their quick dispatching of units.”

No injuries were reported as a result of the fire. 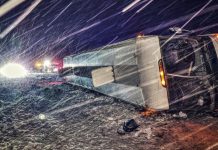 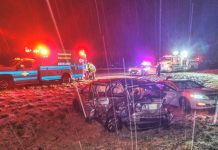 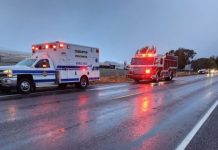