SYRACUSE, Utah, May 28, 2019 (Gephardt Daily) — Syracuse fire crews responded to a report of a fire at the Pizza Factory on Monday night and arrived to find flames on the roof of the building.

Syracuse Fire Chief Aaron Byington said the restaurant, at 725 W. 1700 South, was already closed and workers who were cleaning up for the night reported the smoke and flames.

“The fire was only on the roof, nothing internal, and it was out really quick,” Byington said.

There were no injuries. He estimated the damage at $2,000.

The cause of the fire hasn’t been determined, but Byington said there is some neon signage that is being checked out. He added that the sign may have been hit by lightning, and that also is being looked into. 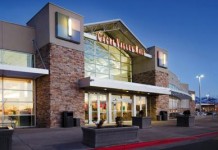