OGDEN, Utah, May 15, 2022 (Gephardt Daily) — A rally in support of reproductive rights, and protesting the potential reversal of the 1973 Roe v Wade decision by the U.S. Supreme Court, drew a large crowd of pro-choice advocates here Saturday afternoon.

People of all ages, male and female, began gathering in front of Ogden’s Municipal Building, at 2549 Washington Blvd., just before the start of the noon event.

Many carried hand-painted signs expressing disapproval of what they consider government interference regarding a woman’s right to make personal decisions where her body and her life are concerned.

If anyone came to the rally to protest abortion and support the overturning of Roe v Wade, they did not make their presence known, either with comments or signs.

A woman named Katie, one of the rally organizers, told Gephardt Daily, “The majority of Americans and Utahns feel that Roe v Wade is the right balance. I don’t know if Utah lawmakers understand what overturning Roe v Wade would mean. It’s a matter of freedom to decide whether and when to have a pregnancy. A person’s right to their own body is fundamental to all other rights.”

Although a lot of people may associate Planned Parenthood only with abortion, many depend on the organization for the many important health services it provides.

“People are saying they can’t believe what’s happening,” said Jenny Woudenberg, who readily gave permission to use her full name. “People in underserved areas don’t have the means to travel to another area to access birth control.”

Woudenberg broke off briefly as her husband dropped off some rally materials for her — then she shared her own experience with Planned Parenthood.

“When I was younger, I didn’t have health insurance, so I’d go to Planned Parenthood for an annual well-woman exam,” she said.

“They caught my cervical cancer and treated it early. And they did the surgery. Planned Parenthood paid for it all.”

Furthermore, Woudenberg said, she needed to have four annual cancer screenings to make sure the disease hadn’t returned, and although she then had a better job and good insurance, it only covered one checkup per year. Planned Parenthood came to the rescue.

“And I now have a wonderful child,” she said.

As more people gathered at the rally site, drivers traveling on Washington Boulevard frequently honked their horns, waved, and cheered in support of demonstrators holding up pro-choice signs along the park strip.

Then it was time for the scheduled speakers to address the crowd.

Annabel Sheinberg, vice president for External Affairs at Planned Parenthood Association of Utah, spoke about the need for people to write to their elected officials and make them understand how their decisions affect their constituents.

“It’s about more than abortion,” she said. “People need sex education. They will have sex — we want that to be good sex, responsible sex.”

Sheinberg also mentioned a recent poll showing that 55% of Utahns think abortion should be legal, 76% do not want more restrictions, and at least 80% believe that the parents should make the decision regarding abortion.

“Planned Parenthood Utah is in the fight for reproductive health care,” she said.

Speaking as a private citizen, Ogden Councilwoman Angela Choberka said the Legislature has other things they should be working on instead of overturning Roe v Wade.

“Someone we know and love will be impacted by this legislation,” Choberka said. “People with money and social networks will have more options.”

Sophia Garza also took the microphone to comment on the lack of affordable pre-natal care and child care that affects a couple’s decision whether to have a baby.

Next to speak was the Rev. Monica Hall, who is with the Presbyterian Church of America. She stressed the importance of talking about the issues that affect us.

“We need to talk about protecting women’s health, and the right to bodily autonomy and privacy,” Hall said.

“What is this word ‘freedom’? This precious word has been worn down to its nub…Freedom isn’t what we claim it to be, it’s what we practice,” she said, emphasizing the word “practice.”

Hall referred to “abuse of power” and told the crowd, “It’s not just about women. We’re here to demand, as residents and citizens, our rights.”

“The church is not the people’s government. You can practice your religious beliefs, but you can’t put those beliefs on others,” she stated. “We must vote our way to freedom. We have to talk about it!”

“You have elected officials who care about you and will stand for you.”

She pointed out that she is one of 17 Democrats in the House of Representatives.

“We should love and embrace everyone,” Romero said. “Elect people who stand for what we believe in. The majority of Utahns are pro-choice.”

She urged the crowd to “Get out and walk for the people you want to be elected.”

Then it was almost 1 p.m., and the day was heating up under the bright sun. The rally came to a close with the repeated chant of the energized crowd: 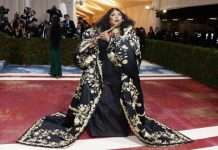