Rep. Cheryl Acton, R-West Jordan, filed the bill, which prohibits an abortion from being performed after a fetus reaches 18 weeks gestational age, except under certain circumstances. The bill also requires physicians to report certain information to the Department of Health relating to an abortion.

H.B. 136 would allow exceptions to the 18-week ban, in the case doctors determine a fetus is not viable, that giving birth to the child would put a mother at serious risk, or the pregnancy is the result of rape and incest.

The Utah Senate voted along party lines to pass House Bill 136 back on March 13, and Utah Governor Gary Herbert signed the bill into law March 25.

The statement from Gill reads, in full: We joined with Planned Parenthood to request that the federal district court enter an order memorializing the policy of the Salt Lake County District Attorney’s Office declining to enforce HB 136, which is unconstitutional on its face under controlling federal case law including from the United States Supreme Court and the Tenth Circuit Court of Appeals.

In our participatory democracy the Legislature is certainly free to pass legislation indicating what the law should be, the duty of a public prosecutor is to enforce the law as it currently stands. A Utah statute even less restrictive than this was already found unconstitutional over two decades ago. We cannot simply ignore that because the state legislative body hopes for a different interpretation this time around.

The United States Constitution must be carefully adhered to — especially where fundamental rights are at stake. Residents of Salt Lake County deserve, and rightfully expect, that their fundamental rights will not be compromised by governmental bodies, whether by threat of criminal sanction or otherwise. Unless and until the United States Supreme Court weighs in with a contrary view of the scope of constitutional protection afforded to women, the DA’s Office will not enforce a law that is unconstitutional under existing precedent.

The ACLU of Utah released a statement following HB 136’s passing indicating legal action to prevent it from being enacted.

“The U.S. Supreme Court has consistently held for over 40 years that states may not ban abortion prior to viability,” the ACLU said in the statement prior to the bill’s passage in the state Senate. “The Court has also made clear that states are prohibited from drawing a line at a particular number of weeks to establish fetal viability. When the Utah Legislature passed a law in the early 1990s to ban abortions after 20 weeks, the 10th Circuit Court of Appeals ruled it was unconstitutional. This means legal challenges to HB 136 have direct case law, on point, within our circuit, that pre-viability abortion restrictions are unconstitutional.” 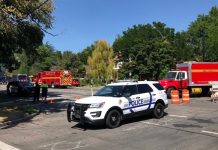 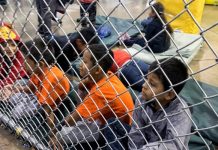