The proposed rule would replace a long-standing bright-line rule of deference to decisions made by local prosecutors in the criminal cases they handle involving undocumented individuals, including local prosecutors’ decisions to modify convictions or reduce sentences based on new evidence, procedural error, or determinations of community need.

Amici, including Gill, argue that the proposed rule change should be rejected as breaking with decades of past practice and case law, and would fundamentally undermine local prosecutors’ exercise of judgment and discretion in how best to protect their local communities.

“Justice requires prosecutors to make individualized case-by-case determinations based on the facts of each crime, each victim, and each defendant,” Gill said in the prepared statement.

“The proposed rule would set aside the local prosecutors’ reasoned judgment and would effectively require federal deportation officials to make new factual and legal judgments without the experiential and evidentiary bases we at the local level already have.

“Ignoring our decisions whether to modify a conviction or sentence would also result in increased disbelief in some communities, particularly communities of color, that the justice system is, in fact, fair and non-discriminatory as required by the Constitution.” 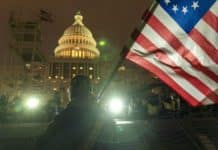